This summer I saw a number of variations of this status posted all over Facebook… “I would like to highlight the Liberal government removing the subsidy for blood test strips. Diabetics need very frequent blood testing, up to 5+ times a day. The cost of strips is $70.00 – outcome – reduced blood glucose testing and more hospital admissions from hyper or hypoglycemic episodes. Diabetes . . . I am asking if everyone could put this as their status for 1 hour. I’m pretty sure I know the ones that will. Think of someone you know or love who has or has had diabetes. My hope is that in 2016 a cure will be found. Will you post it for 1 hour? To honor those who have fought or are fighting diabetes.? “

Many people were sharing this status.  Many more were asking…where is this from? Whose government is doing this? The answers were surprising.

How many Liberal Governments were cutting funding?

I was certain that it was Newfoundland.  In the spring the new Liberal government had announced changes to the provincial prescription drug plan.  They were limiting the number of test strips to 2500 annually for those using MDI, 700 for those using just a long-acting insulin, 100 for those not using insulin and 50 for those who have only recently been diagnosed with Type 2 diabetes.*

As this post continued to make its rounds, however, I was shocked to see that a number of other locations were also claiming that this was a reality in their home area. People from as far away as Australia were saying that this had happened to them.  They said it was their government that the post was directed at.  All I could think was, “this is crazy!”

The high cost of tight control

For years, study after study has shown how important tight control and home blood glucose monitoring is.  They have shown that good control equates to improved health outcomes AND immediate financial benefit in terms of reduced loss of work. Why would governments think that they were saving money by cutting access to blood glucose testing strips?

This entire scenario hits too close to home as my son turns 19. He will soon be in a position of losing his health care coverage.  His days of being covered by his father’s private health care plan are numbered.

My stomach aches each time I think of this safety net being taken away. He does have some coverage from the province.  We will find a way but what about other children?

I don’t mean small children, I mean adults who are struggling to find their way.  What about them? What about their families? How do they cope? How do you work a minimum wage job, pay your rent, buy your groceries AND cover your diabetes care costs?

Again, we know how important blood glucose checking is. As parents, we have spent years asking our children “Did you check your blood?” and “What was your blood glucose reading?”  How do they answer those questions when they can’t afford the test strips? How accurate will their guess have to be?

Why blood glucose testing is important

Without proper blood glucose checking, they cannot accurately dose their insulin. They cannot make exact judgment calls on corrections.  They will run a high risk of complications.  They most likely will have more sick days.  This will cost governments more money in lost tax revenue and create an increased drain on hospital services.

If a person with diabetes is unable to check their blood and stop potentially dangerous high blood glucose levels on their own, they will be forced to seek hospital treatments.  A 2008 report in the Toronto Star suggests that one typical hospital stay then cost approximately $7000**.

It would appear that the people in charge of making these policy changes need to better understand what they have done.  Basic math shows the folly in such policies. We can only hope that public pressure and common sense will ultimately prevail.  Our loved ones with diabetes need access to the proper medical supplies to ensure that they can continue to be healthy, productive members of our societies. 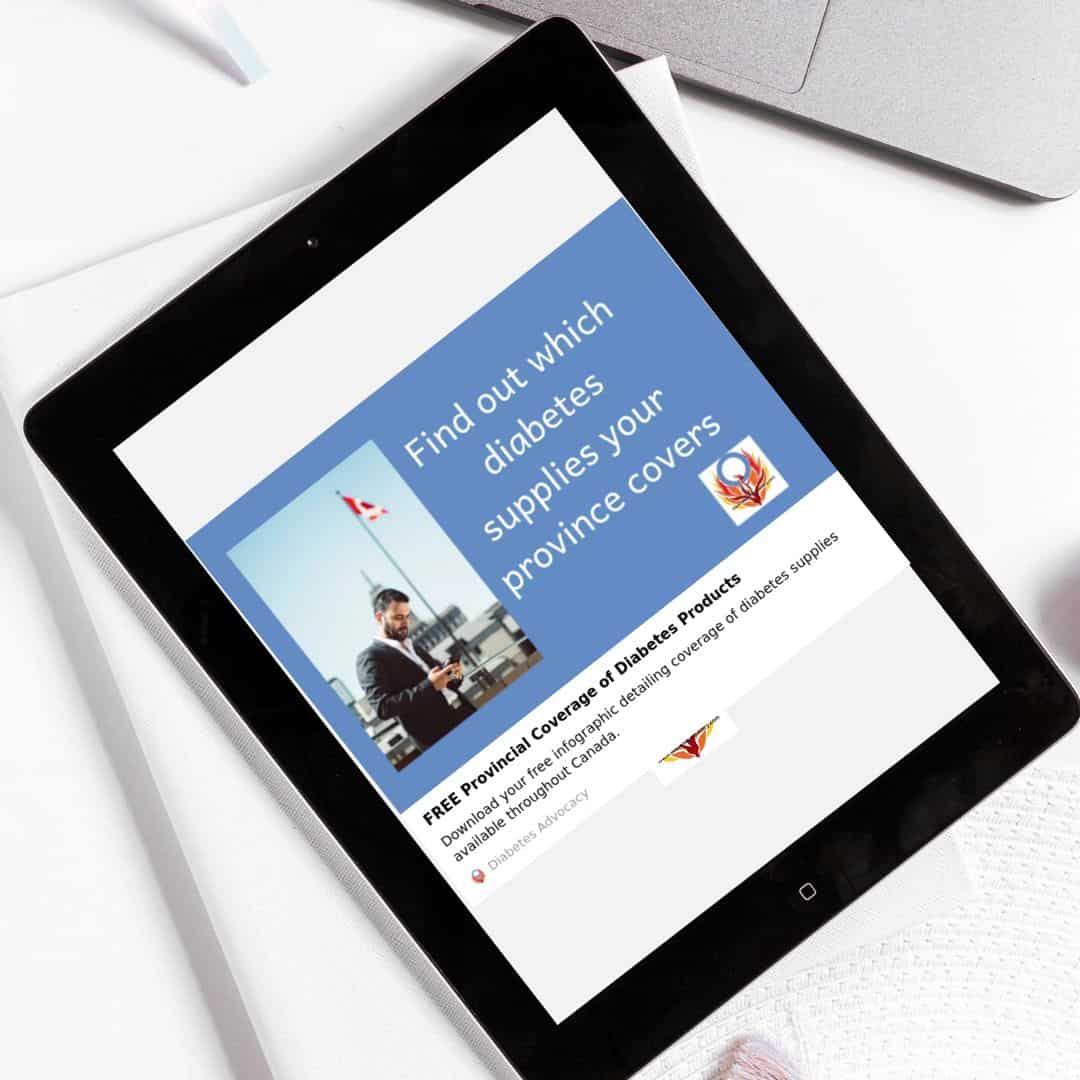 Our FREE eBook of diabetes programs in Canada

This website uses cookies to improve your experience while you navigate through the website. Out of these, the cookies that are categorized as necessary are stored on your browser as they are essential for the working of basic functionalities of the website. We also use third-party cookies that help us analyze and understand how you use this website. These cookies will be stored in your browser only with your consent. You also have the option to opt-out of these cookies. But opting out of some of these cookies may affect your browsing experience.
Necessary Always Enabled
Necessary cookies are absolutely essential for the website to function properly. This category only includes cookies that ensures basic functionalities and security features of the website. These cookies do not store any personal information.
Non-necessary
Any cookies that may not be particularly necessary for the website to function and is used specifically to collect user personal data via analytics, ads, other embedded contents are termed as non-necessary cookies. It is mandatory to procure user consent prior to running these cookies on your website.
SAVE & ACCEPT
2 shares