I once wrote about the things that I had learned about diabetes over the years. It was a satirical look at the many things that people have said about diabetes as we have traveled along this journey. It was an interesting post, but it only listed five things so I thought I would share the original list and add in a few more things.  So now, here are the 8 things that diabetes has taught me….

Diabetes has taught me that it is all my fault.

I have two children. I breastfed both of them but one of them received his mother’s milk for longer than the other.  One of them went on soy formula earlier than his brother.  That one is, of course, the child who developed Type 1 diabetes.

It has to be my fault that my son has type 1 diabetes. “Everyone” says that only breastmilk could have prevented this.

Diabetes has taught me that I fed my child too many sweets.

Yes, the child who prefers cantaloupe to oatmeal cookies and was once caught stealing strawberries because they were “so cute”, was fed too many chocolate bars as a baby.

Fruit is the same as chocolate right? A banana and a chocolate bar are exactly the same right?  They are sweet I guess so they must both cause diabetes.

Type 1 Diabetes is NOT caused by eating too much sugar. Learn the symptoms here.

Diabetes has taught me that my two year old must have spent his entire life as a couch potato.

Well, he was a great sleeper until his diabetes diagnosis.  He napped regularly, went to bed early and slept through the night much sooner than his older brother.  He did watch 20 minutes of TV per day when he was a bit older and wasn’t chasing after his brother or riding his toys around the house and yard.

I have learned that my son has the really bad kind of diabetes.

Life with diabetes has taught me that there is a good kind and a bad kind but my son must have the really bad kind because he wears an insulin pump.

After 17+ years of life with diabetes, I have yet to meet someone with the good kind of diabetes but I am sure that whomever they are, they are pretty happy with that diagnosis.

Diabetes is scary, deadly and serious but never good.

I have learned that his insulin pump does all of the work in managing my son’s diabetes.

Yes, we just push a button and let ‘er go! If only it was that easy. No blood tests, carb counts, highs or lows…ah wouldn’t it be amazing! Perhaps when the artificial pancreas is available this will be true.

I have learned that my son is lucky to have been diagnosed so young because he can grow out of it.

This is news to the many adults who are now living 20, 30 and 50+ years with diabetes.  I guess they haven’t really grown up yet.  My son is 19, outweighs me and is taller than me but in many ways he still isn’t completely grown up either. Perhaps there is still hope for him too!

I have learned that diabetes is no big deal.

Everyone’s grandmother or great uncle has had diabetes and died from it but diabetes is not a big deal.  The secret is to avoid that sugar! Its evil, except for sometimes when you have to have a chocolate bar because your sugar is high or something right?

I have also learned that there is no cure for stupid.

When you live with diabetes–directly or as a caregiver, you will run across people who are ignorant about the disease. Many will believe that every one of the things that I have listed above were in fact true. (No sorry this post was entirely satire).

I was clueless before my son was diagnosed with diabetes.  Some of those people that you run into will be kind and willing to learn.  They will be open to listen and want to truly understand what you are going through.

Then there are the other people.  Those are the people who will share with you how Okra can cure your diabetes.  They will tell your six year old to take care of themselves or they will lose a leg like Aunt Eugenie.  These people will cut you short when you try to explain how an insulin pump works.

These are the people that you should feel sorry for.  Their minds are closed and they have a fatal disease called ignorance.  There is a cure for ignorance, its called education but they are further hindered by a lethal dose of stupid.  Sadly there is just no cure for stupid.

What is the most riddiculous thing someone has said you to about your diabetes? Share with us in the comments.

If you don’t know much about diabetes, learn the facts here. 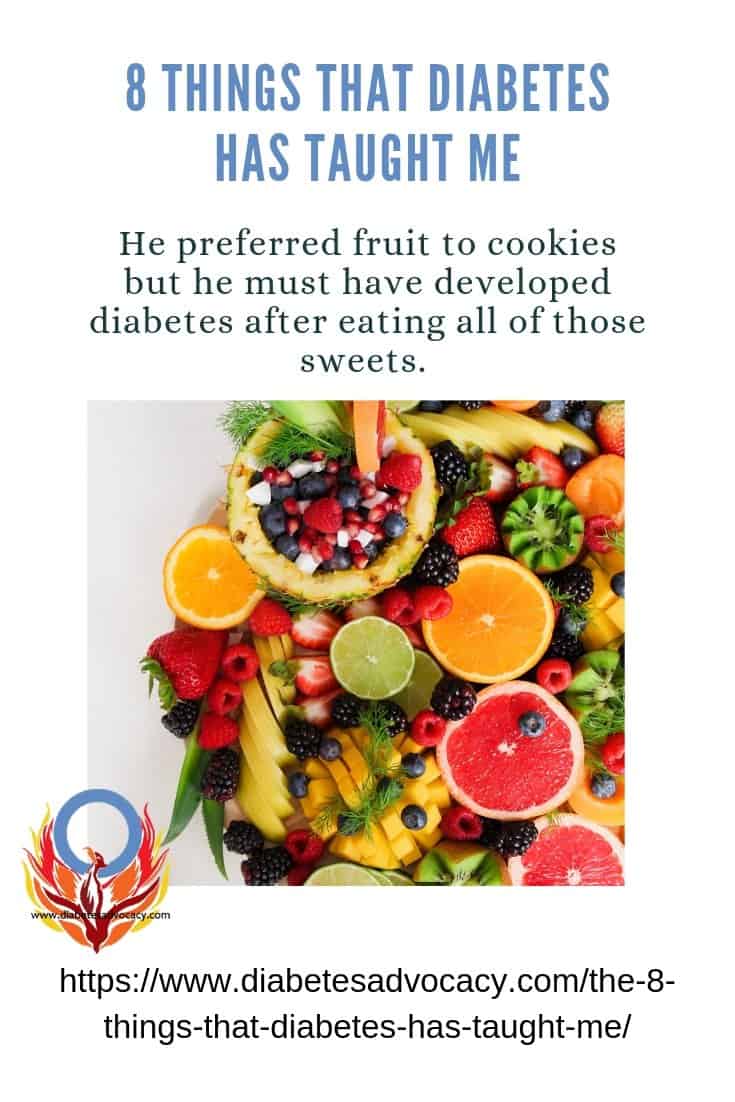 This is an affiliate link.